Hopes for improving relations between India and Pakistan were dashed once again after efforts to restart high-level talks between the two nuclear-armed neighbors collapsed over the weekend.

Analysts say cancellation of the talks is an indication of a hardening of positions on both sides and that growing bilateral tensions may manifest in further escalation of cross-border violence in Kashmir and beyond.

“The cancellation could not have come at a more unfortunate time for the Kashmir Valley,” Sameer Patil, a fellow in national security studies at Gateway House: Indian Council on Global Relations, a Mumbai-based think tank, told BenarNews.

“The Valley had high hopes from these talks. Although the Kashmir issue was not on the agenda, the expected momentum from these talks could have resulted in the reduction of hostilities along the border and created the necessary conditions for discussing other contentious issues,” he added.

Dialogue is the only way to end bloodshed in Kashmir, Noor Mohammad Baba, who teaches political science at the University of Kashmir, told BenarNews.

“When you have situation of uncertainty, it leads to frustration,” he said. “When talks fail, it obviously helps those forces who always advocate violence.”

On Saturday evening, Pakistan’s Foreign Ministry called off talks scheduled for Sunday between its National Security Advisor Sartaz Aziz and his Indian counterpart Ajit Doval, after what it said were imposition of pre-conditions by India on not meeting Kashmiri separatist leaders and not bringing the Kashmir issue to the table.

The statement followed shortly after Indian External Affairs Minister Sushma Swaraj told a press conference that India was ready for talks, but would discuss only terrorism-related matters and nothing else.

Earlier, Indian police detained two separatist leaders – Shabir Shah and Mohammad Abdullah Tari – at the New Delhi airport after they arrived from Kashmir, in a bid to prevent them from meeting Aziz.

In the past, India has called off such talks several times, largely blaming Pakistan for internationalizing the Kashmir issue and seeking to meet separatist leaders.

Pakistan, for its part, has always insisted that peace can never be achieved without addressing the “core issue of Kashmir,” a disputed territory claimed by both countries.

India and Pakistan have fought three wars, including two over Kashmir, since partition in 1947.
Sunday’s talks between the two countries had been scheduled following last month’s meeting at Ufa, Russia, between the prime ministers of India and Pakistan, Narendra Modi and Nawaz Sharif.

That encounter took place amid escalating militant attacks in recent months in Kashmir and Punjab. Major attacks in Gurdaspur in Punjab and Udhampur in Kashmir on July 27 and Aug. 7 respectively, killed 19 people, including 11 Indian security personnel.

The cancellation of talks could give a new lease of life to hardline separatists in the Kashmir Valley, according to some.

“It is a diplomatic victory for Kashmir and also for Pakistan,” said Ayaz Akbar, a senior leader of the hardliner faction of the Hurriyat Conference led by Syed Ali Shah Geelani.

“India was never serious for talks or for the resolution of the Kashmir issue. The approach adopted by government of India is not practical,” he added.

“It is very unfortunate. I don’t think any peace initiative can succeed without both countries discussing the core issue,” he told BenarNews, adding, “It is very surprising that India is saying that Kashmiris are not the stakeholders.”

Many Kashmiris believe they are the victims of India and Pakistan’s prolonged tussle for the territory. They say both countries should resume dialogue for the sake of Kashmir’s younger generation.

“I’m hurt because of what happened on Saturday. Both countries are not respecting the sentiments of the people,” Shakeel Qalandar, a social activist in Srinagar, told BenarNews. “The international community should take note of it and force them for a dialogue. If it doesn’t happen, I’m afraid the angry youth may opt for more violence.”

Burhan Ahmad, a civil engineer in Srinagar, echoed this sentiment, saying Kashmiris on both sides of the border are suffering.

“I’ve only seen bloodshed in my homeland in my lifetime,” he said. “I don’t want that my children should also see this violence. Both countries should at least talk for the future of Kashmiris. We too want a peaceful life.”

Note: This article was first published by Benar News and is used with permission. 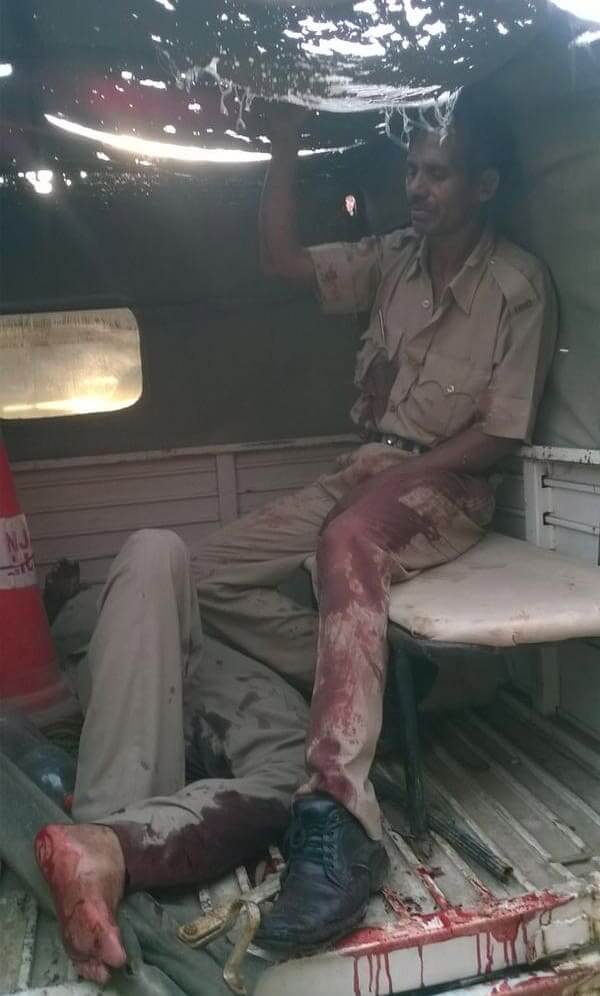