Jodhpur (Women’s Feature Service) – As the clock slowly inches towards one in the afternoon, Radha Kumari, 9, and her classmates at Junior Military School, one of the oldest upper primary government institutions in Jodhpur, Rajasthan, start becoming restless. They are all waiting for the bell to ring. Soon enough, the lively Class Four students are rewarded for their patience: it’s time for them to have their hot mid day meal! As they briskly pour out of their classroom and queue up at the tap in the courtyard to wash their hands everyone is wondering what will be served today. Minutes later, they make a beeline for the stack of thaalis (plates) in the hall, pick one and sit down to have their meal of sumptuous dal (lentil) and two rotis (flat unleavened bread).

Nutrition For Students In Midday Meal

Headmaster Khuman Singh Rathore feels a sense of satisfaction as he looks at his young wards keenly tucking in. “Most children enrolled in our school belong to scheduled caste (SC) and other backward class (OBC) families. The government-sponsored mid day meal is perhaps the only wholesome food they get on any given day. They no longer bring anything from home as their parents know that their child will get fresh, nutritious food at school,” he shares. Rathore is sure that his students are getting adequate nutrition in their mid day meal because the food that is supplied to his school comes from the centralised mid day meal kitchen run by Adamya Chetna, a voluntary organisation, which uses fortified wheat, oil and fortified soyadal analogue to prepare the meals that are served across 172 schools and 32 madrasas in the desert city. 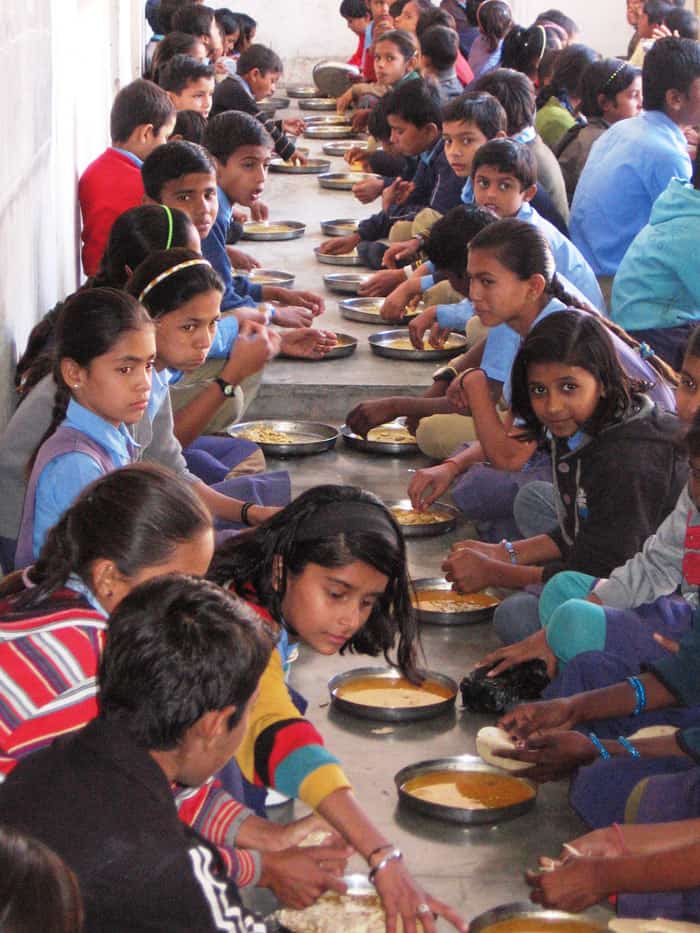 Today, like these little children, there are over one million children in Rajasthan who are being provided a nutrition-rich mid day meal prepared with fortified rations. (Credit: Abha Sharma/WFS)

Of course, it is the children who are the most vulnerable to the long-term debilitating effects of nutritional deficiencies. “Therefore, as a part of GAIN’s large-scale food fortification project, launched in 2011, we decided to partner with the Department of Mid-Day Meals, Government of Rajasthan, to ensure one fortified meal to every child enrolled in state schools. Over one million students are deriving benefit from this initiative. We have been aiding fortification of mid day meals by providing soyadal analogue to fortify regular ‘dal’ (lentil) and encouraging the centralised kitchens to use fortified wheat flour and oil being produced in the state. At present, we are working with Adamya Chetna in Jodhpur and Akshaya Patra in Jaipur and Nathdwara. Recently, we have joined hands with ISKCON Foundation,” reveals Rahul Sharma, Director, Food Fortification Project, IIHMR, the nodal implementing agency for the initiative in the state.

Approaching the NGOs and motivating them to prepare fortified mid day meals was easy. “Organisations managing the centralised kitchens are committed to improving the nutritional status of the children they serve. So they automatically became our valued partners. Initially, we provided training to those responsible for procuring rations, preparing food and distributing it. Regular cooking demonstrations were held to clear any doubts or apprehensions. Simultaneously, we conducted extensive advocacy in schools, talking to the authorities and children about the benefits of eating foods enriched with vitamins and minerals,” elaborates Gulati.

As in most partnering centralised kitchens, including Akshaya Patra, at Adamya Chetna’s Annapoorna centralised kitchen, too, work begins at dawn. Between 4 am to 8 am, which is when fresh food is loaded into vans for distribution across various city schools, several tasks have to be completed by the 52-member staff on duty. “We have a fully mechanised facility and depending on the previous day’s attendance we decide on the quantities to be prepared. The menu is set by the government. For four days we offer ‘roti’, vegetable or ‘dal’ and one day we make ‘khichdi’. Apart from this, we give ‘namkeen’ (savoury snack), sweet ‘boondi’ or a fruit. For children from Class One to Five, we provision for two ‘rotis’ and ‘dal’, while those from Class Six to Eight are given three ‘rotis’ and ‘dal’. The ‘khichdi’ serving is 100 grams per child,” informs Suresh Kumar, Project Manager, Adamya Chetna. Indeed, all the food is prepared from fortified ingredients, which the NGOs either pick up from the open market or source from IIHMR as part of project support.

Adamya Chetna uses 45 kilos of wheat flour everyday, which is fortified in-house with the vitamin premix supplied under the project. The appetising ‘dal’ is prepared by mixing regular lentils with fortified soyadal analogue, which essentially looks like lentil and is created from a blend of protein-rich soya powder and dal powder and fortified with iron and Vitamin B12. It is combined in a 1:5 ratio and provides children with one-third of their day’s iron and folic acid requirements. The oil used for preparing the mid day meals is fortified as well. “Thanks to the use of fortified food products, the mid day meal has emerged as an important source of essential vitamins and minerals for many children who have little access to good nutrition. What makes it easier to implement such an intervention is the fact that it does not involve any extra expenditure and there is no compromise on the taste. The average per day cost of a mid day meal comes to Rs 3.52 per student up to Class Five and Rs 5.22 per student till Class Eight,” adds Kumar.

The intervention has proved to be a win-win for everyone. Whereas the NGOs and their kitchen crew are happy to be the ones responsible for bringing healthy food to children – none of them mind getting up before sunrise even during the freezing winter months to report on time – the schools are happy that the meal being served is clean, of consistent quality and enriched with iron and vitamins.

Headmaster Rathore states, “Meals from the centralised kitchen have the goodness of vitamins and minerals, critical for their growth and brain development. Not only has the attendance improved, but students are able to concentrate on their studies better.” Children, too, are thrilled with their tasty lunch. If Radha and her classmate Manish from Junior Military School, Saran Nagar, enjoy gorging down ‘khichdi’ then Bhavana, 11, of Government Girls Secondary School, Pratap Nagar, Jodhpur, is partial to the ‘dal’ and rice combo. Incidentally, most of them love having their bowl of hot ‘dal’.

GAIN and IIHMR are confident that an intervention like this will be self-sustaining. Gulati says, “We are certain that when we phase out, the centralised kitchens would be able to continue the good work. What has given our effort an added boost is the Rajasthan government order that recommends all the schools serving mid day meals to use fortified soyadal analogue and fortified oil. In the end, it’s all about securing the health of our future generation.”

Cleanliness and Nutrition For Students: Children queue up to wash their hands before sitting down to have the hot and wholesome mid day meal served at their school. (Credit: Abha Sharma/WFS)

(© Women’s Feature Service) and published at NewsBlaze.in with permission. 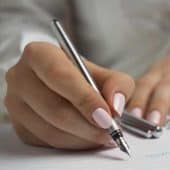 Abha Sharma is a writer for Women's Feature Service, based in New Delhi.