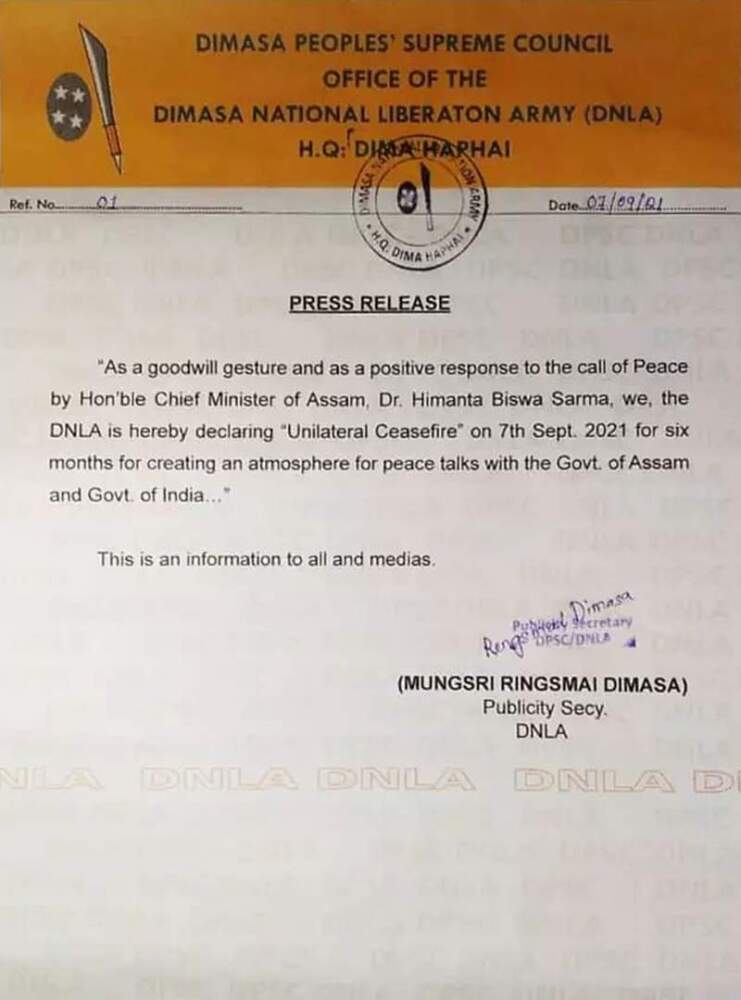 Diphu September 9: In a significant development Dimasa National Liberation Army’s Publicity Secretary Mungsri Ringsmai Dimasa through a press release issue on last Tuesday i.e. on September 7 have declared a unilateral ceasefire for six month from the date of issuing of the press communiqué.

The Publicity Secretary of DNLA has mentioned that the step has been taken to create an atmosphere for peace talks with the Government of India and Assam government. The release has further stated that this is their goodwill gesture and positive response to the call for peace by the Chief Minister of Assam Dr. Himanta Biswa Sarma.

As reported earlier Karbi Anglong police was on the pursuit of the Dimasa National Liberation Army cadre, and mounted immense pressure on the outfit; this outfit is allegedly accountable for several rebellious activities including extortion, arson and killing of innocent persons in the region.

Karbi Anglong police in association with Naharbari East Police station of Dimapur Nagaland arrested one dreaded cadre of the outfit identified as Sana Sing yesterday during wee hours from a secret hideout. He is believed to be involved in the Dima Hasao carnage where five truck drivers were killed and large quantities of goods were set on fire.

This insurgent group has carried out a number of extortions and killings in Karbi Anglong district in recent times.

“We are in close proximity to the cadres of DNLA and expecting some positive outcome shortly” Pusparaj Sing Superintendent of Police Karbi Anglong envisaged recently. 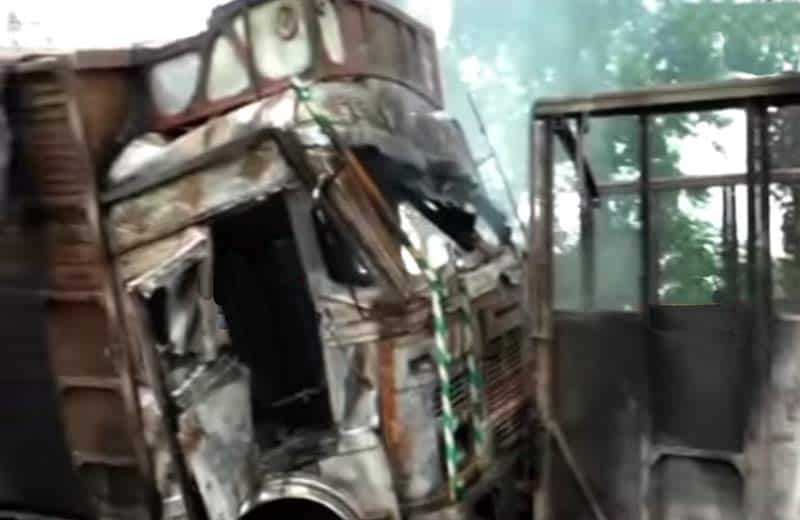 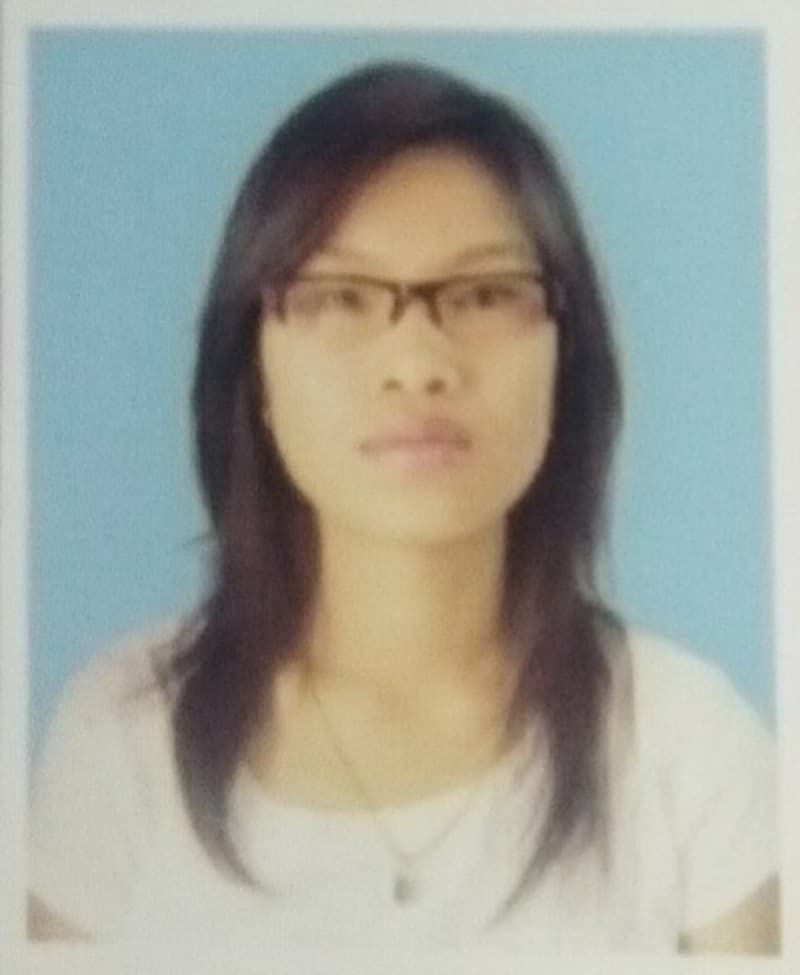