It was a small but tidy memorial meeting at Guwahati Press Club on 2 September, where the city based scribes paid homage to one of their colleagues, who always raised his voice for the down-trodden media persons. The participants, besides mourning the untimely demise of journalist Hiten Mahanta on 29 August 2015, termed him an honest and brave newsman, who pursued honest journalism until the end of his life.

After suffering from ailments for some time, Mahanta breathed his last at GNRC hospital (Guwahati six-mile campus) in the morning hours. The attending doctors declared the immediate cause of his death as a cardiac arrest. Mahanta was admitted to the private hospital on 5 August following severe head injuries, which he sustained after suddenly falling at Chunchali residential locality of the city. His physical condition remained critical until his last moment.

Born in Guwahati in 1957, Mahanta completed his PU (10+2 standard) form the prestigious Cotton College and joined Pragjyotish College for graduation. Then he was admitted to Gauhati University and completed his post-graduate course in Political Science from the pioneer higher education centre of northeast India. 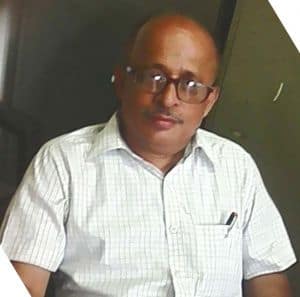 For some years the outspoken but impartial journalist was engaged with the Left movement in Assam. But later Mahanta left their company to join professional journalism through various Assamese newspapers. The acclaimed journalist began his professional career in 1984 through Janakranti, an Assamese news magazine and eventually became popular as Mahanta-da for hundreds of his followers.

Soon he moved to Ajir Asom, an Assamese daily from The Sentinel group in 1987 and later he joined Natun Dainik, another popular Assamese daily under the leadership of author-journalist CP Saikia in 1989. Mahanta also served as the President of Chandrakanta Press (Natun Dainik ) Employees Union for some years. For more than a decade he used to write media columns as an independent journalist on various socio-political developments in the State.

An active member of Guwahati Press Club, Mahanta was a core member of a team raising their voices relentlessly against the terror activities of separatist militants in the trouble-torn region. He was a regular attendant on both Independence Day and Republic Day celebrations at the press club premises, which was initiated by the media fraternity to honour the martyrs of India’s freedom struggle defying the militants’ diktat since 1998.

Mahanta was also associated with the Journalist Action Committee and Journalists’ Forum Assam. For some time, he was associated with the Journalist Union of Assam, an affiliate to Indian Journalist Union. He also led an umbrella body of various media organizations named All Assam Media Employees Federation from the front. He remained critical against the immoral journalists adopted by many media personnel and often wrote columns against those selfish entities.

Soon after the news of his death broke, a number of media persons and other well wishers assembled at the hospital and took his body to his residence, where his wife Manashri Mahanta with two sons namely Niharanjan & Chinmoy completed necessary Hindu rituals. Various social organizations paid their tributes to Mahanta there and joined his last journey to Navagraha crematorium in the city. On his way, Mahanta was also taken to the press club where a hundred journalists mourned his demise and paid their last respects.

Various political parties of Assam including Asom Gana Parishad, Assam unit of Bharatiya Janata Party, All India United Democratic Front etc conveyed condolence messages to the bereaved family. Assam chief minister Tarun Gogoi also mourned at the sudden demise of Mahanta. In a condolence message, Gogoi termed Mahanta a sincere and dedicated journalist, whose departure is understood to create an irreparable loss to the mainstream journalism of the State.

His memorial meeting, presided over by Dainik Janambumi’s editor Hemanta Barman, decided to publish a book covering Mahanta’s struggle of life, his preaching of journalism and pro-people initiatives. The meeting also resolved to launch an award in Mahanta’s memory, which would be offered to the committed journalists of the State annually. 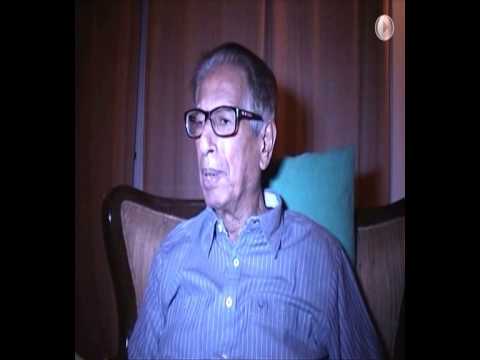