This statement came after Union Home Minister Rajnath Singh was reported as saying the architect of the Constitution had never thought of putting the term ‘secularism’ in the Preamble but it was incorporated later through a constitutional amendment.

Gogoi says the Home Minister’s comment on secularism clearly shows the BJP’s evil designs to establish a ‘Hindu Rashtra,’ a direct departure by the BJP from the tenets of the Preamble, which exposes the party’s hobnobbing with RSS ideology.

“The ruling dispensation at the Centre together with the RSS is encouraging the divisive and communal forces to realize their communal agenda. Such direct ‘endorsement’ is responsible for fanning out ‘intolerance’ which the country has been inflicted with for the last few months,” Gogoi said.

Blaming divisive and communal forces for spoiling the age-old co-existence in India, Gogoi also said these forces threaten the unity and integrity of the Nation, and are an attempt to subvert India’s time-tested democratic principles.

Gogoi said BJP President Amit Shah’s remark that “if by mistake BJP loses the polls in Bihar, crackers will go off in Pakistan” is a clear reflection of the BJP ‘one-line’ agenda. He was not happy with the Prime Minister’s silence on taming those forces when they reared their ugly heads, allowing them to disturb India’s secular fabric.

“The situation has come to such a pass that President Pranab Mukherjee had to remind the country of its core values of plurality, tolerance and diversity,” Gogoi said. “India is a multi-religious, multi-cultural and multi-lingual country and its core characteristics viz. justice, liberty, equality and fraternity will be maintained only if its essence ‘secularism’ is professed and honoured with all sanguinity.” 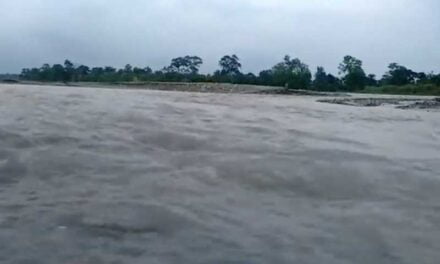