Diphu October 1: Wildlife Week celebration in Assam started on 1st October 2015. The Wildlife Trust of India with Assam Forest department and International Fund for Animal Welfare are celebrating the week with many activities across Assam and the northeast.

At the beginning of this week, WTI successfully rescued and released a Hog Badger, a nearly threatened Schedule –I uncommon species as per (IUCN/WPA/Indian Status) international and Indian enlisted wild animal, in Kaziranga National Park on Monday last.

The post recovery action (Rescue-Clinical Examination-Observation and release) completed within a 24 hour time frame, one of the quickest rescue and releases of wildlife in Kaziranga.

These rarely observed wonderful animals are surviving inside the vastness of the wildlife sanctuary and are sometimes visible in the Kaziranga landscape.

The rescued Hog Badger was a full grown female weighing around 10.516 Kg, when the centre veterinarian took her body measurements before clinical examination at the Centre for Wildlife Rehabilitation and Conservation (CWRC), the IFAW-WTI wildlife care facility near the world heritage site. She was micro chipped before being released back to the wild in the Burhapahar forest range of Kaziranga National Park. 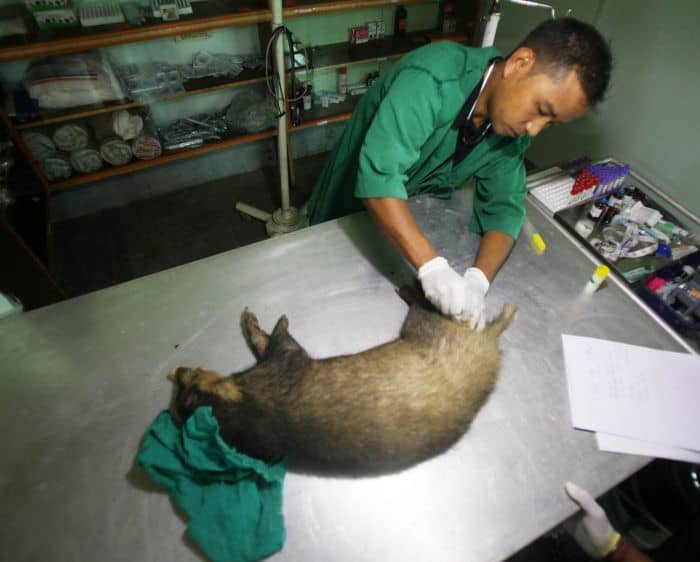 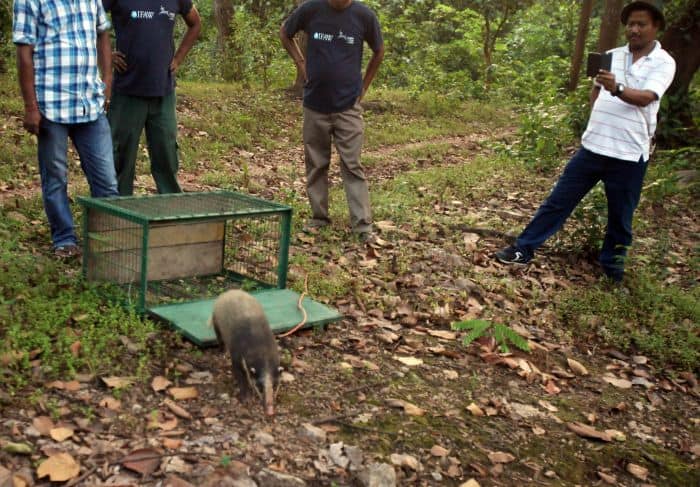 The full grown female hog badger exploring the soil after her release in the woods of Kaziranga at Rangalu forest under Birhapahar Range on 28th September 2015. Photo: Subhamoy Bhattacharjee/IFAW-WTI