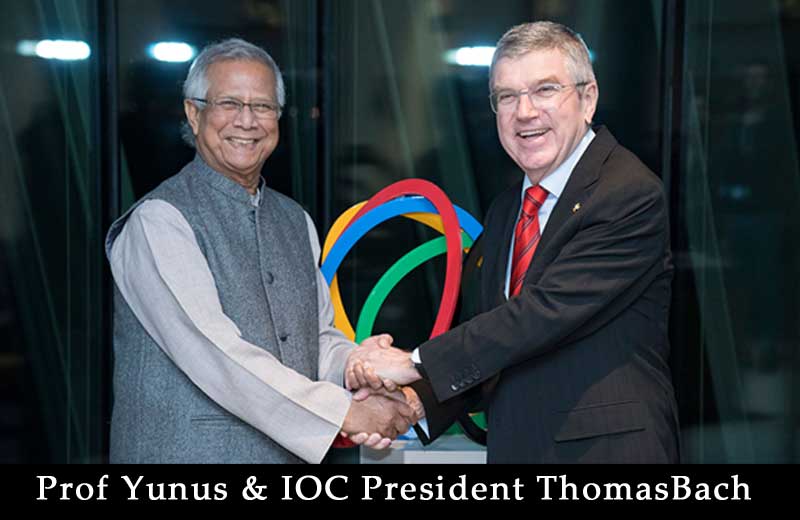 Guwahati: The lone Nobel laureate of Bangladesh, Professor Muhammad Yunus is to receive a rare Olympic honour in Japan on 23 July next. The economist turned revolutionary banker turned social entrepreneur, Prof Yunus will be honoured during the opening ceremony of Tokyo Olympic Games, organised under the shadow of Covid-19.

Olympian Keino was awarded on 5 August 2016 at the opening ceremony of the Rio de Janeiro Olympic Games. Initiated the International Olympic Committee (IOC) to honour outstanding individuals for their achievements in education, culture, development and peace through sport, the award is presented in each summer Olympic Games.

Symbolising its connection with the ancient games, the trophy’s base reflects a stone from the site of Olympia, Greece.

IOC President Thomas Bach commented that the innovative banker to the poor has been selected for the honour for his extensive works in sport for development, including founding the Yunus Sports Hub, a global social business network that creates solutions through sport. Prof Yunus collaborated with the IOC on several projects, including educational elements of the IOC young leaders program focusing on human development through peace and sport.

Prof Yunus shares his wealth of knowledge generously with the athletes and the Olympic community and he helps athletes in their post-sport career development to become socially responsible entrepreneurs and shares the vision of how sport can contribute to the UN’s sustainable development goals. Recipient of numerous international awards for his ideas and endeavours including Nobel peace prize in 2006, he remains a great inspiration for all, stated the IOC President. 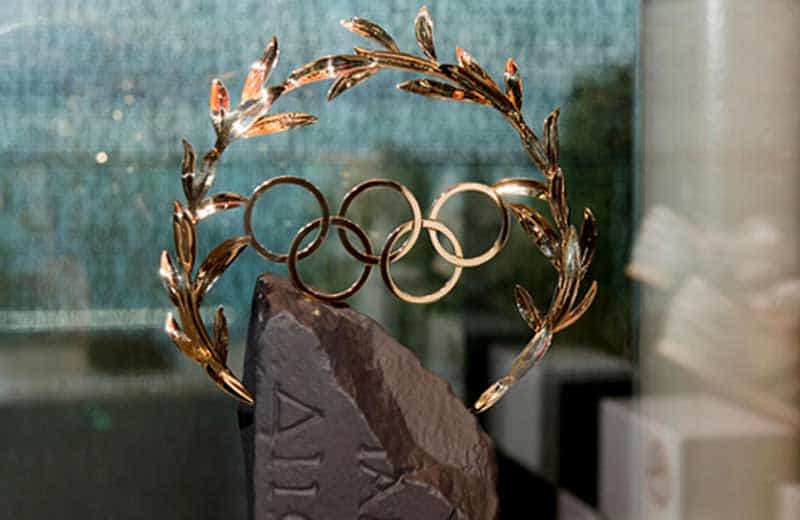 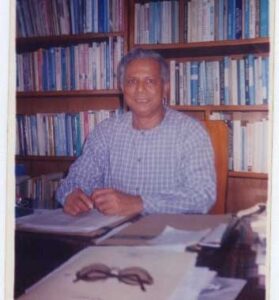 Prof Muhammad Yunus at his office. Photo by Nava Thakuria.

Born in 1940 to a middle-class businessman’s family in Chittagong, south Bangladesh, Prof Yunus studied in Chittagong and Dhaka and then reached Vanderbilt University with a Fulbright scholarship to pursue higher study on economics. He received his PhD in economics in 1969 and after some years teaching there the young Bangladeshi scholar returned to his country in 1972, just one year after Bangladesh was born (out of eastern Pakistan).

“Sport is natural to all human beings. It brings all human strengths and emotions into play, irrespective of differences. That gives it enormous power. I urge that we channel this power to transform lives by galvanising the world, and social business can be the most efficient tool to unleash this power,” said Prof Yunus adding that the Olympics unite the entire world in peaceful competition, celebrating unity in diversity.

Speaking to this correspondent from Dhaka, the soft-spoken Bengali gentleman who created the Grameen Bank of Bangladesh reminded that the novel corona virus has brought numerous challenges to many events. That includes extravaganzas like the Olympic Games, but it also brings a huge opportunity for the human race. Now it is necessary to put man back at the centre and work together to rebuild tomorrow, looking not to the past but to the future, stated the author of the acclaimed book “Building Social Business.”

“If we embrace a new social and environmental awareness, a use of the economy not as a mere science, useful for maximising profits, but rather as a tool to achieve the greatest possible happiness of individuals and the community, we can create a new world,” added Prof Yunus, who leads “Yunus Centre,” a global hub of social business, highlighting its mission to create sustainable social enterprises not just for profit, but to solve people’s problems, specifically in the corona-recovering world. 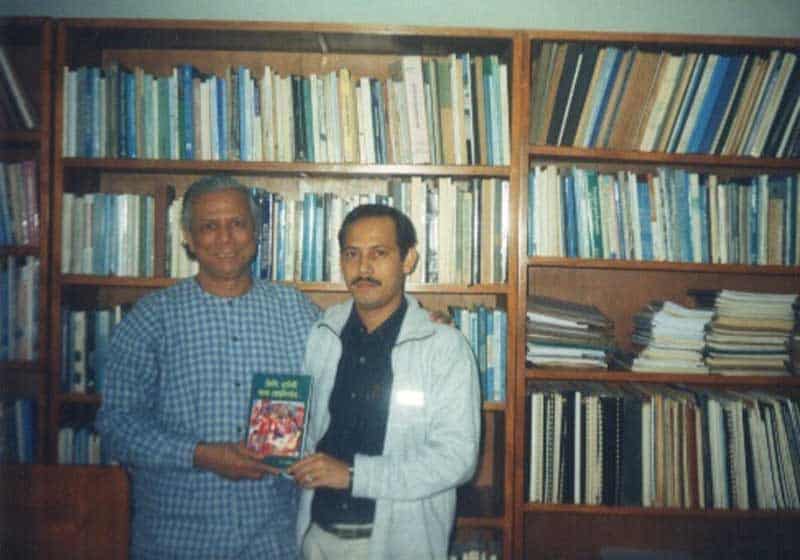