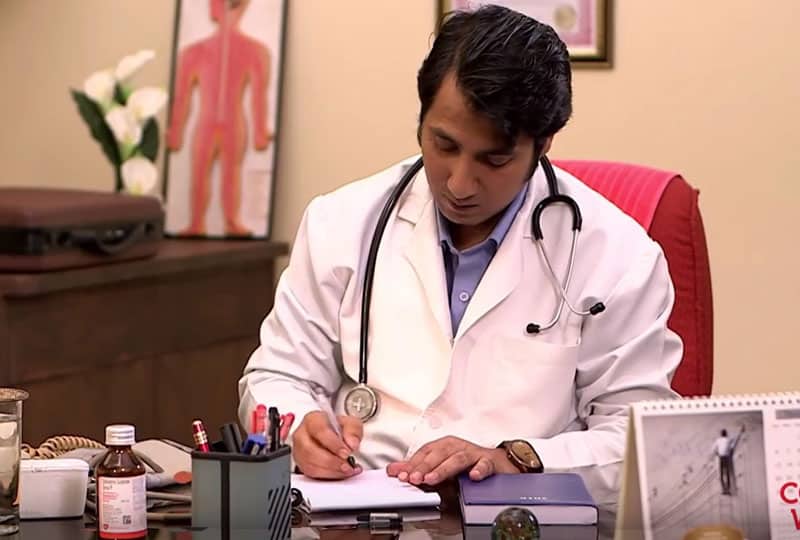 Basundhara (not her real name) often comes to the press club to meet friends and killing extra time. Though she is working on the news desk of an Assamese newspaper, she had never worked as a mainstream reporter. Coming to the press club, she finds friends from both print and television media and takes the opportunity to talk.

In one such appearance at the press club premises, I suggested she check her thyroid level in our weekly evening out-patient-department (OPD) clinic, regularly organized since August 2016. Reluctantly, Basundhara gave blood samples to the attending health workers. She also had her blood pressure and sugar checked.

The next day, the laboratory reports arrived back at the press club office and Basundhara took away hers. In the evening hours, when I was busy tracking a news story, she called me and before saying anything, started sobbing. It was astonishing as she seemed so nervous while speaking to me.

“What happened,” I asked. She revealed that she was diagnosed with high thyroid (stimulating hormone) level and hence was losing energy, joyfulness and gaining unusual weight. I tried to console her that it was not a big deal. Every fourth Indian today suffers from thyroid related problems, but that can be treated with proper medical intervention.

Sailesh (name changed) normally comes to the press club only when there is a meeting of media persons as he lives on the outskirts of Guwahati. Once he arrives, Sailesh continues his natural lecturing with me on numerous issues irrespective of my interest. Not young man, Sailesh is a confirmed bachelor and claims that he would remain so, as his big family would look after him always. In one of our Saturday media clinics Sailesh casually checked his blood pressure. The nurse widened her eyes looking at the meter.

Sailesh was diagnosed with hypertension (almost 180 over 110 mmHg). The attending doctor wanted to check his pressure and did it personally. The outcome remained the same.

The doctor asked if Sailesh had checked his pressure earlier. The answer was a big no. He had never checked it and justified his point that “listening to doctors was an unnecessary exercise as he had always enjoyed good health.” He even declined to accept his blood pressure readings.

The doctor, a little younger than Sailesh, called me and asked me to convince him that it was very dangerous to live with such high blood pressure as it could cause great harm to him. I asked Sailesh, who is my contemporary in professional journalism, to listen to the doctor and follow the guidelines. For the sake of my advice, he listened to the doctor but refused to take medicines.

After almost a week, Sailesh came to the press club. He looked depressed with untidy dress. I could see a small bandage on his head. “What happened,” I asked. Sailesh narrated a long story to my question. The substance is that he fell down at his home two days back and was rushed to a nearby hospital, where the attending doctors cautioned him about his hypertension.

Sailesh survived this time with no internal injuries, which is often reported when an individual suddenly tumbles because of high blood pressure. He admitted his guilt for not taking the doctor’s advice seriously earlier and even showed me a strip of medicines, which he had started using regularly.

There are a number of similar cases through Guwahati Press Club, which launched the unique healthcare awareness programs last year. One of the most active press clubs of northeast India, the organization has over 300 regular members, mostly professional journalists working for regional, national and international media outlets.

Besides few regular programs like “Meet the Press,” “Guest of the Month,” “Media Fellowship,” “Health Camp” etc, the 40-year-old organization started a new initiative titled “Evening with a Doctor” in August 2016 with the aim to spread health awareness to its members along with their close relatives. By now over 75 health clinics have been organized at press club premises benefiting hundreds of media families.

Under this program, a practicing physician is welcome to the press club premises every Saturday evening, where the attending doctor interacts and offers free health-related consultations to the member-journalists with their families. Often screenings of weight, hypertension, blood sugar, bone density, pulmonary function, thyroid levels etc are organized and arranged for follow-up consultations.

Started with initial support from Dr Jayanta Bardoloi, managing director of Assam’s well known Dispur Hospital in raising a doctor’s chamber at the club premises, the series of health camps have already emerged as a healthy hangout for the media persons. The endeavor has also helped diagnosing many journalists and their dependants with alarming high blood pressure, sugar and thyroid disorders. They were accordingly advised by the physicians for follow up action.

Even specialist doctors from various distinguished healthcare institutions, based in other parts of the country, like Apollo Hospital (Chennai), SIMS Chennai Hospital, Manipal Hospital (Bangalore), Fortis Hospital (Bangalore), Medanta the Medicity Hospital (Gurgaon) etc have graced the camps. They were simultaneously encouraged by the post-event coverage in both the mainstream and alternate media outlets.

It may be noted that around 90% of media persons in the alienated region remain out of medical insurance coverage. Most of the journalists, engaged with regional newspapers and news channels, earn small salaries and nominal other benefits. Hence they hardly afford healthcare expenditures and often end up depending on financial support from the government and donations from well wishers when medical emergencies strike their families.

The evening camps at our press club are organized for the benefit of the legitimate members with their relatives, but any journalist of the region or country with their dependants are welcome to take the advantage of the clinics. Moreover, the other media organizations including the press clubs of the region are being encouraged to take similar initiatives for enhancing the health status of their colleagues and also improving the healthcare related journalism in this part of the populous country.

Finally meet John (a rural journalist from Jayantia hills of Meghalaya), who recently came to meet me at our press club. It was a Saturday afternoon and I was talking to the invited doctor just before starting the weekly OPD clinic. Quite naturally I asked John to participate in the camp. Initially he declined, saying, “I am fine; What is the problem with me; Are you hatching any conspiracy!”

But later he agreed and was subsequently diagnosed with high sugar level (almost 400 mg/dL) in the random test. The doctor had a long conversation with John, who was in his fifties, and asked him to follow a few guidelines. Once the session was over, a nervous John came out of the chamber and made an angry comment to me, “Dost (dear friend), you have turned me a sick man today. But anyhow, God bless you.”

Poor health is a problem for all people in this country. A test and correct diagnosis are important for everyone. Not knowing of a condition does not stop it from existing. Everyone who is able to get a checkup should do it at least once each year. Serious consequences can then be avoided. 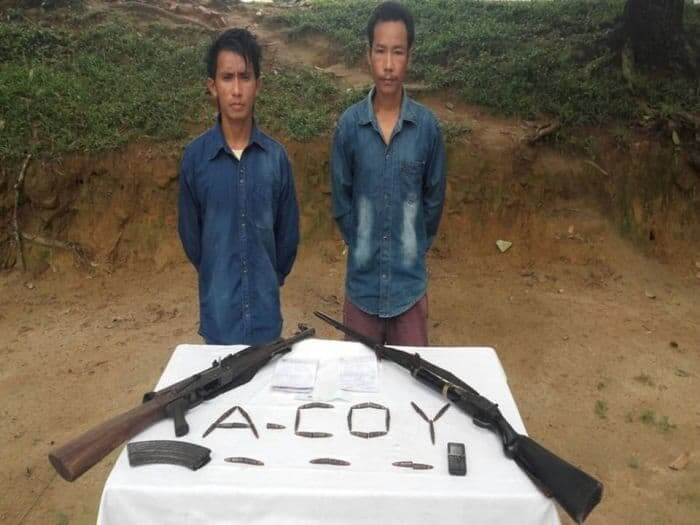 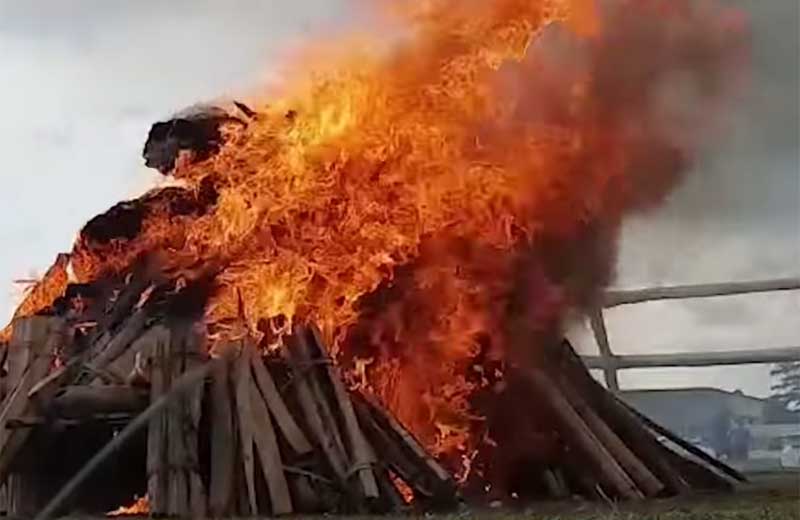 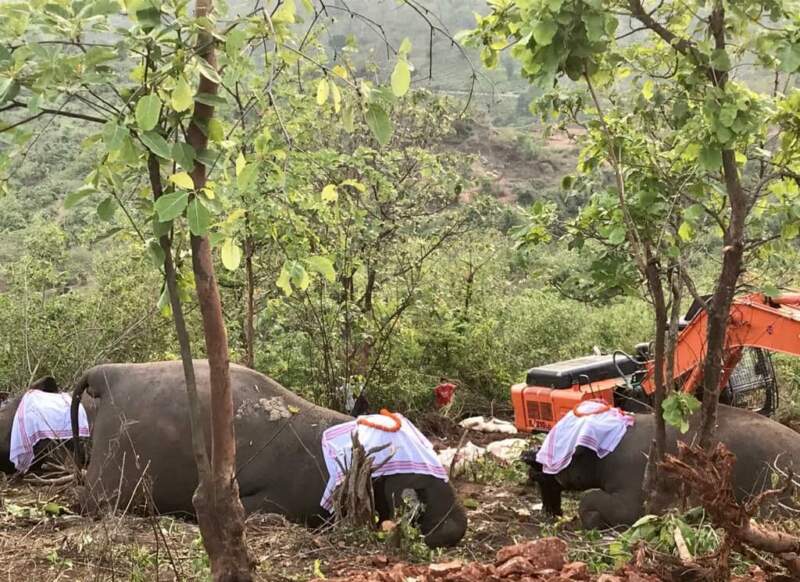