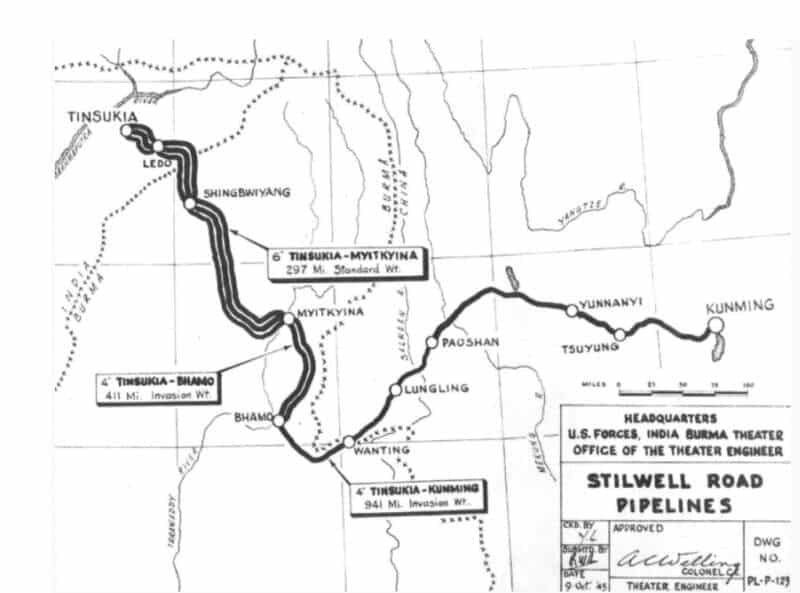 Diphu July 11: Once the longest petroleum pipeline in the world, the Assam Burma China pipeline to Kunming, is now in ruins, forgotten and erased from the records too, due to security reasons.

It stretched from Digboi town of upper Assam, through Tinsukia district, climbing over the Patkai Mountains, where gravity pulled the liquids with tremendous force to cross Mogaung River and finally pushed the liquid gold to Kunming.

The pipeline was 1800 miles in length (2840 km). Most of the pipeline was built parallel to the Ledo road (later known as Stilwell road after its chief architect) due to lack of any skilled surveyors. The Japanese had cut off the Burma Road, forcing the allies to commission aircraft carriers for operation Hump.

The Hump operation by the U.S Air Forces was the largest airlift operation prior to the Berlin airlift. The allied supplies had to be kept steady to back the war efforts of Chiang Kai Shek in China, so the U S Air Force provided all war supplies by air.

The U.S Air Force operated from its Calcutta headquarters housed in Dum Dum airport, and the small airlifts would take off from the forward bases of upper Assam for Kunming, across the Himalayas. The loss of personnel and aircraft in the Hump airlift operations were too costly a price for the American forces.

This led to the decision for the construction of an alternative road to connect India with China, The Ledo road, under Joseph Stilwell commenced construction. 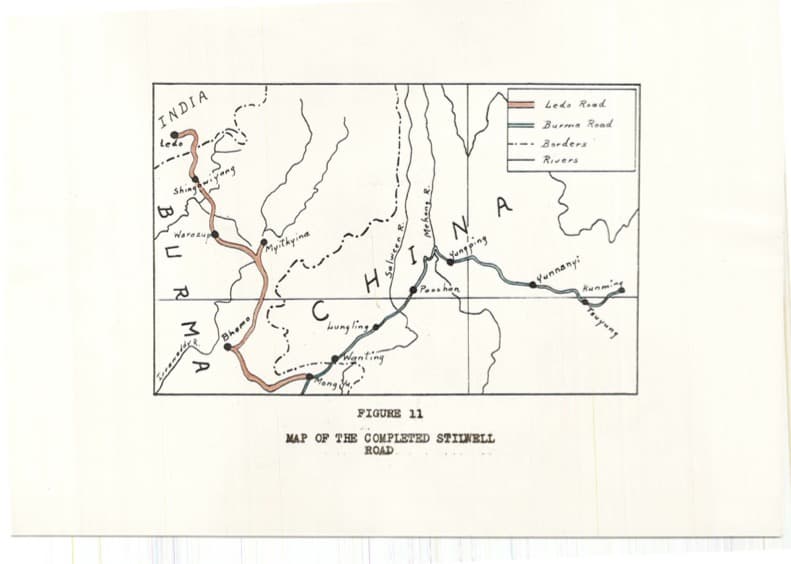 On an October morning in 1943, Col. Lewis A. Pick, returning from an inspection of Ledo road; decided that a petroleum line would be immensely useful to feed the war machines fighting the Japanese in upper Burma.

Few pipeline engineers were stationed in Ledo, Assam at that time, freshly arrived from the U S. Airstrips were made by clearing the Burmese jungles by allied forces, bringing supplies for construction of the pipelines. 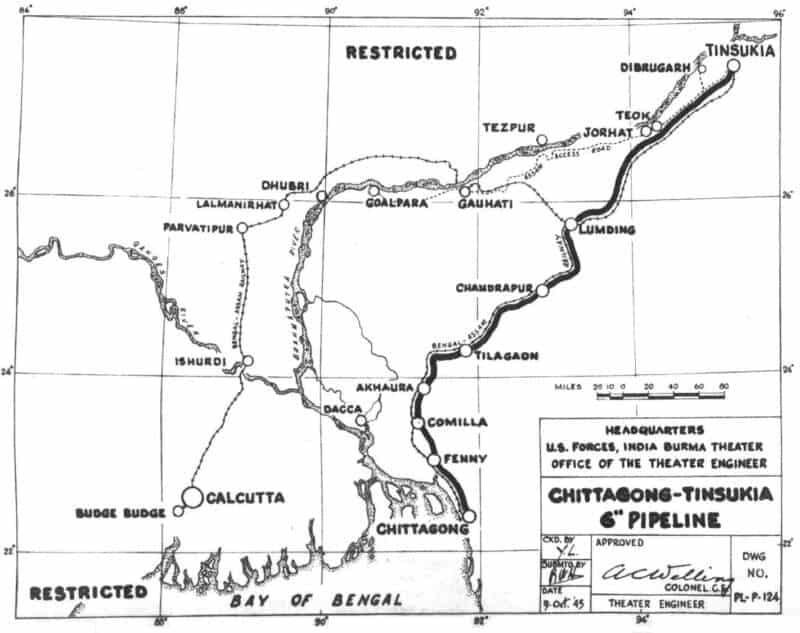 The allied forces created history by commissioning the first ever petroleum refueling station on the zero mile mark in the Stilwell road. On 4th February 1944 the first truck took fuel directly from the pipeline at Loglai at the 48th mile mark on the road.

The pipelines carried petroleum to Myitkyna, by two 4 inch and one 6 inch lines, two 4 inch lines continued to Bhamo, and one 4 inch line reached beyond Kunming to the advanced bases. Also, hundreds of miles of additional feeder lines were taken and connected to the bases along the Assam, Burma china area. Around 50000 tons of pipes were used in the Assam, Burma china pipeline system.

When the 699, 706, and 775th Engineer Petroleum Distributing Companies arrived in Ledo and took over construction of the lines, their trucks, welders, or their heavy equipment had not reached the theater, so the engineers borrowed what they could from the workers on the Ledo road.

They waded through waist deep water and mud, the availability of a path was enough, the truckers rolled their trucks over jungles and swamps as long as they could reach their destination with their payload.

The truckers on Ledo road sat behind their steering wheels fully aware that a slippery death waited for them in the muddy trails. The machines which kept rolling, or seldom held back for a few hours for repairs, were a miracle conducted by the motor pool mechanics and God himself. 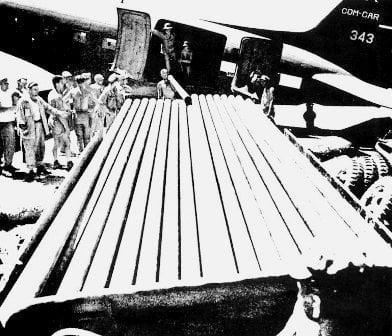 The workers were under pressure, The Tingkawk Sakan airbase would be able to open only after the fuel reached there through the pipes. On 19th may at the airbase of Shingbwiyang, the first aviation gasoline was brought.

May was the month the monsoon came down hard and to make matters worse, the 13 mile swamp between Shingbwiyang and Tingkwak, which the engineers were trying to build a bridge upon, had been transformed into a landlocked sea.

The causeway was letting heavy traffic pass, and it would be of no great utilization for the pipeline workers. By 17th June every airstrip delivered 100 octane gasoline in the forward areas.

The monsoon which brought malaria, dysentery and typhus trailing with it into the jungles of Mogaung valley, tested the mettle of the workers. But their iron will and determination kept them going even after much of their comrades were incapacitated.

On 9th April 1945 the first gasoline gushed through the pipe at a major Chinese American base. The gasoline was piped six days prior to the due date.

The velour and sacrifices made to complete the mammoth project parallels the combatants in the pacific front. The engineers and workers too shed their blood, better put, were “sucked off” their blood by leeches, which viciously covered their entire body if they ventured into the jungle. As a joke ran among the workers,”blood plasma went through one of the lines to enable medics to replenish blood taken by the bloodsucking worms.”